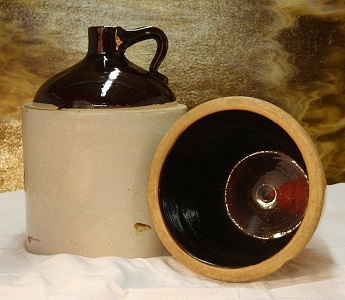 Image by JamesDeMers from Pixabay

These two famous Irish drinking songs have been combined into one arrangement in this suite. Certainly you can picture them as being popular in pubs. Both, for example, call for clapping—or perhaps banging glasses or mugs on the tables. When the line comes around “And I spent all me money on whiskey and beer,” I can imagine faces in the firelight with everyone singing a bit off key and gesturing to the barmaids for another round.

There’s more to the stories in these songs than drinking, however. In fact, when you look at the full lyrics you’ll find that they go in two different directions. I’ll start with “Wild Rover,” since that’s used first. It occurred to me after a few run-throughs that there seems to be a contradiction within the first few lines: yes, as noted above, the speaker talks about his spending on alcohol, but then he says, “Now I’m returning with gold in great store.” Where did he get that money, if he spent it all? A look at some alternative wording gives us the answer:

I’ve been a wild rover for a number of years
I’ve spent all me money on whisky and beer
Now I save up me wages, keep money in store
And I never shall play the wild rover no more.

In the full-length lyrics the speaker goes to a pub he used to frequent and asks the landlady for credit. When she refuses he throws down gold coins to show her that he’s prosperous. She protests that she was only joking and that of course he and his money are welcome, but he says, “You can keep all your whisky and your beer likewise too,
For not another penny I’m spending with you.” In the closing verse the former rover declares,

I’ll go home to me parents and I’ll tell what I’ve done
And ask them to pardon their prodigal son.
And if they’ll forgive me as they’ve done before
Oh, it’s never will I play the wild rover no more.

Will he really settle down this time? Or will his parents be called on to forgive him again? Impossible to know.

But while the rover’s only fault seems to have been indulgent overspending, the speaker in “Whiskey in the Jar” is a far different character, as he’s pursuing the life of a highwayman, waylaying travelers on the road and taking their money by force. In the specific story of the song he meets with someone named “Captain Farrell,” who is counting out his money, kind of a silly thing to be doing out on the road all by himself. The speaker draws his pistol and rapier and takes the Captain’s money. He brings it home to his lover, called “Jenny” in our version but “Molly” in others, hoping that the newfound riches will make her happy. But while she sighs with happiness and swears eternal faithfulness, in reality she’s plotting to betray him. We don’t have the full story in our version, but the bandit’s fate is hinted at when he says, “The Devil take the women, for they never can be easy.” (Or, as another version says, “for you know she tricked me easy.”) The story goes on to say that Jenny lets Captain Farrel and his men know that the bandit is with her, and in they come. In some lyrics the bandit shoots the Captain; in others he’s unable to do so because Jenny has dampened the gunpowder in his pistol or replaced it with sand. Either way, he ends up in prison, lamenting the deceitfulness of women and hoping that his brother will rescue him and they can go back out on the road again. Most commentators assume that the Captain and his men are British, probably keeping order and collecting rents from the miserable Irish tenant farmers. So really the bandit is just taking the money back that belongs to the Irish in the first place, sort of a Robin Hood type of figure. As with all true folk songs the exact origin is unknown and there are many variations, but that great fount of information Wikipedia has this to say:

A number of its lines and the general plot resemble those of a contemporary broadside ballad “Patrick Fleming” (also called “Patrick Flemmen he was a Valiant Soldier”) about Irish highwayman Patrick Fleming, who was executed in 1650.

In the book The Folk Songs of North America, folk music historian Alan Lomax suggests that the song originated in the 17th century and was inspired by an Irish ballad-monger singing “Whiskey in the Jar.” In regard to the history of the song, Lomax states, “The folk of seventeenth century Britain liked and admired their local highwaymen; and in Ireland (or Scotland) where the gentlemen of the roads robbed English landlords, they were regarded as national patriots. Such feelings inspired this rollicking ballad.”

There’s an echo of this story, once again, in that of Gerald O’Hara in the novel Gone with the Wind. We are told that Gerald left Ireland very hastily after shooting a British official: “If the government felt so strongly about the death of an English absentee landlord’s rent agent, it was time for Gerald O’Hara to be leaving and leaving suddenly.” Gerald comes to America to live with his two older brothers who have also had to leave Ireland suddenly: “They had come to America years before, after the discovery of a small arsenal of rifles buried under the O’Hara pigsty.” As always, a tyrannical government breeds simmering hatred and violence among the oppressed.

On to the chorus, which we can safely assume has little if anything to do with the story in the song itself. I’ve run across a few attempts to explain what “whack fol the daddy-o” etc. means, none of which I find particularly persuasive. Instead I’ll fall back on the nonsense explanation. At the end of every chorus there’s the reminder of what’s really important: there’s still whiskey left in the jar. Maybe it’s best to concentrate on drinking it!