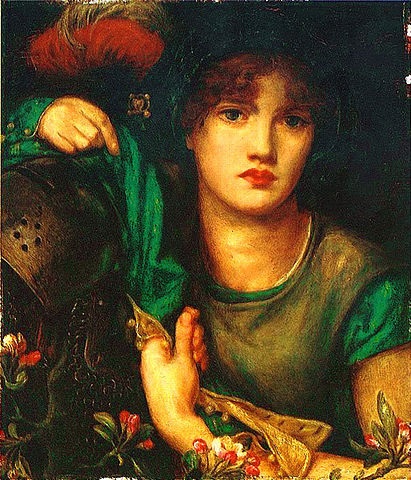 I am constantly, I mean constantly, realizing that some piece of music I’ve heard all my life is full of unanswered questions. So, honestly, I had never asked myself, ‘Is someone actually wearing green sleeves in “Greensleeves”?’ But when I saw this piece on the list for the Cherry Creek Chorale’s concert titled “Kings and Queens” (which was supposed to take place in May of 2020 but which had to be canceled; we’ll do it another time!), I realized that I knew very little about it even though I’ve heard it all my life. The tune is also used for “What Child Is This?” and for one of the songs in the movie How the West Was Won, “I’ll Build You a Home in the Meadow.” So what’s what here?

Let’s start with the whole reason for including the piece in our royal-themed concert: the idea that King Henry VIII of England wrote it for the woman he loved, Anne Boleyn, who became his second wife and ultimately lost her head. Alas, my friends. That little idea seems to be a total myth, although it makes a good story. The first public appearance of the song was as a “broadside ballad” in 1580, but Henry had died in 1547, and his pursuit of Anne Boleyn had taken place well before that, in the mid-1520’s. Could he have written the song then, with its only becoming public knowledge over 50 years later? Well, of course he could have. Anything could have happened with this song, really. But is there any actual evidence of Henry’s authorship? Not a jot. There’s one glancing reference in another song using the same tune to “King Harries time,” and that’s it.

But one must ask: Was Anne Boleyn associated with the color green, perhaps, and that’s why she’s seen as the recipient of the song whoever the author might have been? Did she like wearing it, or was it associated with her family? No. Her family’s crest and her own personal badge had a falcon as their symbol. And I’ve just scrolled through a number of articles about her clothing, especially about the items that Henry gave her as he pursued her, and there’s not a single mention of green. Black, red, purple and gold predominate, all having connotations of royalty or nobility. “Russet” or “tawny” also show up—a caramel or rust color, I assume. She was also known for appearing in a yellow gown on the day that news arrived at court of Katherine of Aragon’s death, Henry’s previous wife, thumbing her nose at the proprieties by not wearing black. We all see yellow as the sunshine color, don’t we? But . . . just to pursue the subject of Anne a little further, I’m somewhat skeptical about that yellow-dress story. Clothes had to be made by hand, and royal clothes especially were very elaborate. The sources say that she appeared in this yellow dress the very next day after the death was announced. Did she have one all made, lying in readiness? Doesn’t seem too likely to me. And so there I’d better leave Anne, albeit reluctantly, since I’ve thoroughly enjoyed revisiting my teenage obsession with her. Since the song almost certainly wasn’t written for or about her, I guess we should move on.

And so we need to address the symbolism of the color green. Hoo boy, folks! There’s a ton of stuff out there, but I’m going to attempt to boil it all down into something reasonable. First I’ll deal with the idea that somehow the color green indicates a prostitute or at the very least a so-called “loose” woman. This color symbolism arises from the concept that a woman’s dress would have grass stains on it if she’d consented to an outdoor sexual encounter. Green also indicates fertility, and so a woman’s pregnancy, whether from such an unsanctioned action or not, would be associated with green.

But just because green could have said associations doesn’t mean that it always did. There are plenty of paintings from this time period that show saintly or noble women wearing green. (The illustration for this post is from the 19th century, though, just because I liked it so much.)

Perhaps now would be a good time to look at the actual lyrics to the song, since they’re supposed to be my subject? Well, okay. If you insist. The original broadside had 18 verses. The arrangement we will be singing, which is a choral version of the great Ralph Vaughan Williams’ Fantasia on “Greensleeves,” includes only the first verse and parts of two others. Here’s how they go:

Alas, my love, you do me wrong,
To cast me off discourteously.
For I have loved you well and long,
Delighting in your company.

Well, I will pray to God on high,
That thou my constancy mayst see,
For I am still thy lover true,
Come once again and love me.

The tone of these verses implies very strongly that Our Lady of the Green Sleeves is noble and virtuous. To me the words very much echo the whole idea of courtly love, that idealized emotional state in which men wrote impassioned love poetry to women they would never have any real relationship with at all. You had a “lady” whose colors you might wear into jousts but to whom you might never have spoken. The medieval troubadours were known for their songs on this subject. Publication of “Greensleeves” was well after the high tide of courtly love but could still fit into this tradition.

And does the color green even show up in this song? Yes, indeed it does. I’ve managed to find an actual verse in which it does and the mention of another verse; no full set of 18 verses seems to be available. First the mention: The whole middle section of the song has to do with the various gifts that the speaker has given to the lady, including (wait for it) a “gown of the grassy green.” He’s also given her crimson stockings and white shoes, to be clear, But she must have had a pronounced liking for green, because:

My men were clothed all in green,
And they did ever wait on thee;
All this was gallant to be seen,
And yet thou wouldst not love me.

The lover does point out that he’s spent a lot of money on her, injecting a somewhat mercenary note into the song:

And who did pay for all this gear
That thou didst spend when pleased thee?
Even I that am rejected here
And thou distainst to love me.

In the end, though, he’s left lamenting. I said in the post on Aretha Franklin’s “Respect” that this “I’ll do anything for love” attitude probably isn’t all that dignified or helpful. We’ll hope that the speaker was just writing poetry for fun about the lady who lived in the castle up the hill but that he had a happy family life with a real wife and children. Hey, no one can prove otherwise!

Here’s a lovely rendition of the actual arrangement we are planning to sing:

And here’s a live chamber concert of the Fantasia: