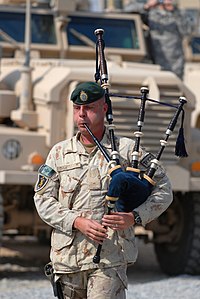 Probably everyone who’s attended some kind of Christian funeral has heard this hymn, as it’s especially popular for those occasions. And you can see why. The words are beautiful and striking, and the melody is at the same time lovely and singable. What’s not to like?

Then there’s the backstory to the song, which contains drama and irony in about equal parts: John Newton, a slave trader, is converted to Christianity and leaves his dreadful business, becoming a part of the anti-slavery movement. We all love a good redemption story, don’t we?

Real life, however, is seldom if ever so simple and straightforward. The more you delve into a person’s actions the more complicated and messy they become. I used the example in an earlier post about fractals, those designs that reveal new layers as they are magnified. There is never an end to the detail. The same is true in your life, even if you think of it as rather mundane. So it is with John Newton.

To start, then, Newton had a childhood that would horrify us today but whose main elements were all too common at the time of his birth in 1725. His mother died of tuberculosis when he was seven years old, leaving him under the care of his stern sea-captain father who sent him off to boarding school for a couple of years and then took him to live with himself and his new wife. At age 11 Newton’s father took him to sea on his ship. You can be sure that Newton did not spend his days watching the seagulls or sitting in his father’s cabin reading books! He would have held the position of “ship’s boy” or “cabin boy,” which consisted of running errands for the captain, often taking messages from one end of the ship to the other, carrying water for the galley cook, tying knots, and scrambling up into the rigging to help trim the sails. (The smaller, lighter boys were considered especially suited for this last task.) Newton did this for six years until his father retired, with the plan being that Newton would now go to work on a sugar plantation in Jamaica. I’m sure if I delved into this story more deeply I could find out why Newton’s father wanted him to do this; another fractal layer would be exposed. Newton Sr.’s ship was apparently not involved directly in the African slave trade, but I think it must have carried sugar from the Caribbean to Britain as part of the “triangular trade” that had one leg going to Africa to trade goods for slaves, then the second taking slaves to North America and the Caribbean to work on plantations, then the third taking the sugar to Britain. There were some captains who traversed all three legs in a never-ending circle, but I don’t see that to be the case with the senior Newton.

Newton the younger was having none of this settling down on a sugar plantation. He apparently liked being at sea and got himself a position on another merchant ship. But now another twist in his story arises, as he got impressed into the British Navy in 1743. This practice was very common and indeed sanctioned by the government as a means of keeping Her Majesty’s Navy fully staffed. Military life apparently didn’t suit Newton (although how it could be even harder than life on a merchant ship is beyond me), and he tried to desert. Was that ever a bad move! The Navy did not treat desertion lightly; otherwise they’d have no sailors left. So,

stripped to the waist and tied to the grating, he received a flogging of eight dozen lashes and was reduced to the rank of a common seaman.

Following that disgrace and humiliation, Newton initially contemplated murdering the captain and committing suicide by throwing himself overboard. (Wikipedia)

Eight dozen is 96! And the beating was probably carried out with the multi-tailed whip called the “cat o’ nine tails,” so the actual lashes were multiplied by that number. The brutality of this punishment is hard to imagine. Some sailors, perhaps taking refuge in grim humor, called themselves “steelbacks,” a reference to their ability to withstand flogging. With all this background in mind, then, it’s understandable that Newton was determined to escape again. I’m not sure how he accomplished this, but he somehow managed to get himself onto another, non-military ship: the slave trader Pegasus. Now, at age 20, Newton was participating directly in the transport and sale of human beings. This is one of the many, many times when I so want to sit down with someone from the past and ask questions: “Did you know that this was a slave ship before you joined it?” “Did that bother you?” “Did you ever come face to face with the reality of the conditions before deck for the captured Africans?” I actually do have an answer for the last question, as Newton wrote extensively in his pamphlet “Thoughts on the African Slave Trade” about the conditions on board these ships:

I have known them so close, that the shelf would not, easily, contain one more. Let it be observed, that the poor creatures, thus cramped for want of room, are likewise in irons, for the most part both hands and feet, and two together, which makes it difficult for them to turn or move, to attempt either to rise or to lie down, without hurting themselves, or each other.

But not only did Newton observe the plight of captured slaves; he was one himself. He “did not get along” with the crew of the Pegasus, so much so that he was left in Africa with a slave trader named Amos Clowe, who promptly “gave” Newton as a slave to his African wife, Princess Peye. Oh man! Would I love to know more about this! But however it happened, Newton spent over two years being abused and mistreated by the Princess, treatment that she doled out to all of her slaves. I know this all sounds like something out of Grimm’s Fairy Tales, but it’s attested to in multiple sources. Early in 1748 Newton was rescued by a sea captain who had been sent by his father to search for John. I guess there was some residual fatherly feeling there, in spite of everything. It was on the way back to England on the rescue ship that Newton had his famous conversion experience as a result of almost drowning in a storm.

But you’re going to have to wait until next week to find out what happened, as I’ve gone over my word limit and I haven’t even gotten to the bagpipes. So I’ll go ahead and give you this interesting tidbit now, since I promised it in the title. Bagpipes are especially common at the funerals of American firefighters and policemen, because when the great wave of Scottish and Irish immigrants came over in the mid-1850’s they were looked down upon and had to take the hardest jobs that no one else wanted, including the police and firefighters. When there was a death in the line of duty for these dangerous jobs, a way of reminding the neighborhood of these men’s heritage was to play the traditional bagpipes. (Yes, Ireland has bagpipes too.) And “Amazing Grace” was a popular funeral song, although not written by an Irishman or Scotsman. The song and the instrument became intertwined, and never the twain have parted!

Be sure to come back next week to read the rest of Newton’s story and how this hymn by a former slave trader became an icon of the civil rights movement. In the meantime you can enjoy one of the many, many performances of the hymn by pipers:

Part II of “Amazing Grace: How did a song by a former slave trader become an icon of the civil rights movement? ‹ https://www.cherrycreekchorale.org

[…] England after having been rescued from slavery to the African Princess Peye. Be sure to go back and read Part I if you haven’t done so already to find out how he got himself into this pickle to begin with. The […]